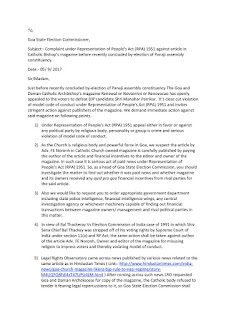 In the controversial article the article authored by a lawyer had appealed people to vote against Manohar Parrikar and defeat him in election.
LRO shot a complaint to Goa State Election Commission to investigate what Catholic Magazine and its owners received quid pro quo by publishing the article and whether there any financial transactions between rival political parties and Catholic leaders. 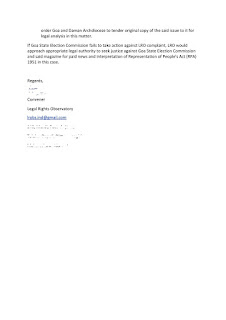